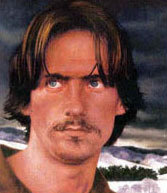 I sing to James Taylor before every show I do. I warm up in my dressing room to "Handy Man," "Sarah Maria," "Song for You Far Away," "Sweet Baby James," "Copperline" and about twenty other favorites. Then I go from James' bass-baritone to tenor singing with the Everly Brothers - first Don, later Phil.

While I'm unisoning with James, my reverence rises; my heart and mind become engaged in the sober intelligence of the song and the beauty of the singing. James' accuracy of pitch is like a trader's honesty. To me, it has always been paramount in singing. There is an illuminating love of living things - all of them here on earth - that lies within the tenderness of his line readings (listen to his song "Gaia," from Hourglass). If vocal-cord vibration were like surfing off the swelling of the heart, James would be my favorite rider on the cusp - a little in the air, sublime in the spray.

It's no accident that the Beatles' newly formed Apple Records signed James Taylor at its inception. He is the finest of us Americans. I know the "folk music" he must have listened to (I, too had been, wand'ring early and late . . . ). I have experienced the thrill of collaborating with him numerous times as we have invited each other into our respective albums. I recall our trio arrangement of "(What a) Wonderful World" with my Paul - we met up at Paul's apartment (of course). It was '77. Two extraordinary artists were giving me the gift of their vocals and guitar parts for my album, Watermark, I must have done something right. What is memorable today is the ease and efficiency with which we three found our harmonies. There was a mutual sensibility and a serious mutual respect.

James is so fine. His exactitude with the Note is simple, impeccable musicianship. Call it his refinement or the civility of intelligence life. Hear the innate dignity of James' tribute song to Martin Luther King Jr. ("Shed a Little Light"). Some people have a hard time with the self-consciousness of perfectionism. But I think "perfect" is the best review.

I hope he reads this tribute of mine and recognizes what a great personal value his existence is to one of his colleagues. And I hope he breaks into another grin from ear to ear as he feels "that's why I'm here."