and mercy is the cure

I walk alone in Burgundian wonder:

to Byzantium still, with the world

When books were new in Gutenburgtime

up the river Rhine in Mainz,
in a printer's shop on the press it read:

"Let the Word go forth - a new consensus is born."

Then they spread it around the continent

from Germany to Paris, from Venice to Lyon

the crux of southern Europe.
Serving Italy and Spain, for the reading-prone,

it was in Lyon where you caught the early train

and all that praise of God that's in between

the page and man,

if you were a book fan.

Maybe it's like recorded sound a hundred years from the start.
Gutenburg is Edison and I am a man of middle age in 1552.
The Renaissance is in decline

but these eyes of mine have seen

my own devotions of the heart,

in the history of the art.

and apprentice to no man.

(nine walks across the land to Istanbul)

O Sacre Coeur as it were

and to leave the God I love -

plead my lowly case above:

I walk to Lyon in January just for the thrill,

at the groin of southern Europe, 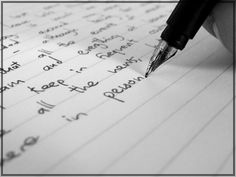